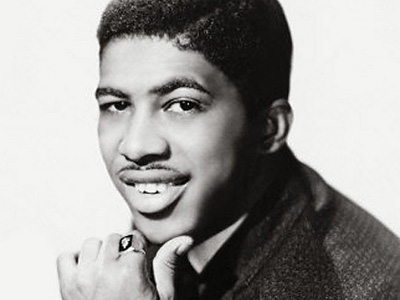 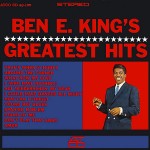 “You don’t just sing Bert Berns’ songs,” Ben E. King once said. “You have to feel them.” And the extraordinary feeling vested in the records King made with Berns is deeply embedded in the grooves of the Atco tracks these two giants made for Atlantic Records between 1963 and 1965. Though none of the dozen plus sides proved to hit commercially like Ben E. King’s earlier recordings with Leiber and Stoller, King expressed great affection for Berns and their work together. “Bert’s music had more guts,” he said. “The writing Bert Berns made back then was perfect.”

Born Benjamin Earl Nelson on September 28, 1938 in Henderson, North Carolina, Ben’s family moved north to Harlem, New York when he was nine. In junior high school, he sang harmony with a group called The Four B’s, but it wasn’t until 1958 and the creation of the doo wop group the Five Crowns that Ben E. King’s career would take off like a meteor across the sky. Discovered by infamous Drifters manager George Treadwell at the Apollo Theater, who summarily replaced the whole of the Drifters lineup with the Five Crowns, Ben would now sing lead for the greatest R&B group of the time. The new Drifters’ first recording for Atlantic Records in 1959 was “There Goes My Baby” (co-written by Ben), followed by “This Magic Moment” and “Save The Last Dance For Me.” In 1960, with the Drifters at the peak of their powers, Ben left the group to pursue a solo career. Changing his stage name to Ben E. King, he went on to make such classics as the magnificent “Spanish Harlem” and “Stand By Me” (co-written by Ben). 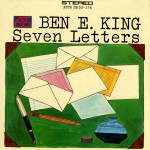 When Jerry Wexler fired Atlantic Records’ legendary house producers Jerry Leiber and Mike Stoller (over an audit!), he brought Bert Berns in to work with the stable of artists who made up the house that Leiber and Stoller helped build. Among the first tasks presented to Berns was to carry on the brilliant legacy of Mike and Jerry’s work with Ben E. King. But Bert had no intention of recreating the style of his predecessors. Instead, he attempted to take Ben in a more contemporary R&B direction, beginning with the stupendous “That’s When It Hurts.” Several months later, Berns recorded his rollicking “Let The Water Run Down” and his soulful “It’s All Over” and “Cry No More.” But as Bert moved to create his own Bang and Shout labels in 1965, his collaboration with Ben came to a sudden end. “After Bert was gone, it was all over for a lot of us,” Ben recounted. But the body of work and iconic baritone voice of Ben E. King endures forever. 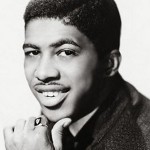