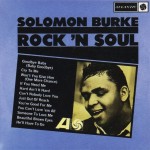 “He had a dream,” Solomon Burke said of producer Bert Berns, “And I think he made that dream come true.” Thus sums up the storied career of Bert Berns, whose dream of making it big in the music business took root during his first Atlantic Records session with the King of Rock & Soul. Brought into the studio by Atlantic chief Jerry Wexler, Berns seized the opportunity, writing and producing “Cry To Me.” That seminal session gave birth not only to the legend of Bert Berns, but to the emergence of Solomon Burke and the very beginnings of soul music. 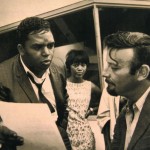 Before his first encounter with Berns, Solomon Burke had nominal success singing pop for Apollo records and country for Atlantic. “I started out as a cowboy on Atlantic Records,” he said. But when Bert Berns came into Atlantic on December 6, 1961 to record “Cry To Me,” Burke was finally allowed to show the depths of his gospel roots. And Berns was allowed, for the first time, to show the true depths of his talents. “The record has Solomon Burke pushed to the edge of despair,” said Joel Selvin, “and that would become a trademark of Bert Berns’ records – the extreme anguish you feel in the lead vocal performance.” The single shot up to #5 on the R&B charts, and Berns was allowed to show the true measure of his talents. 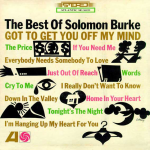 Over the next five years, Bert Berns would go on to record dozens of tracks with King Solomon – from his “Down In The Valley” to “If You Need Me” to his “Goodbye Baby (Baby Goodbye).” Berns’ recording of his “Everybody Needs Somebody To Love” was only a moderate hit in 1964, but is perhaps Solomon Burke’s most enduring classic (covers by The Rolling Stones and The Blues Brothers only added to the copyright’s significance). But as Berns left Atlantic to produce records for his own labels, his work with Solomon Burke tapered off, leaving Burke without the songwriter and producer responsible for his crowning achievements.

Much has been said about the supposedly contentious relationship between Bert Berns and Solomon Burke. Jerry Wexler famously wrote in his autobiography (which went to great lengths to eliminate Berns’ extraordinary contribution to Atlantic Records) that Burke called Berns “a paddy motherfucker.” Whether the dignified Burke would say such a thing is for others to decide. For his part, Solomon Burke denied it, calling Bert “a genius.” “I loved this guy!” Solomon said in an interview the year before his death. “This was my kind of guy.” 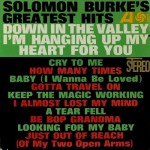 Bert Berns’ death in 1967 left a great many fissures – both in storied careers and with the truth. In his absence he would not be able to tell his story. His music would have to do it. Solomon Burke’s last words about his friend and collaborator were thus: “When I heard of Bert making that transition to a magic place, I know that the angels got a lot of good singing material and some good songs up there. And God is well pleased.” 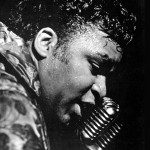 Cry To Me // Solomon Burke